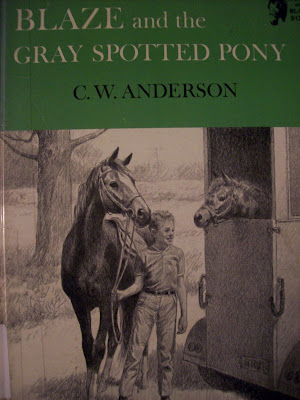 Tommy loves horses, and always gets toys for his birthday. He watches his neighbor Billy ride his pony Blaze and wishes for a pony of his own. One day, he spots a little grey pony and tells his father he'd like a pony just like that for his birthday. His father secretly asks Billy to help him find just such a pony.

By 1968, 's style had changed dramatically. The lines of human faces and horse legs had become shadows, and the whole effect is much more natural and gentle. These are 's iconic horses, all soft, glossy coats and melting dark eyes. The grey spotted pony's coloring seems a little odd, though that may just be the effect of Anderson's charcoal technique. The book's first pages are heavily human, with few horses, but the drawing of little Tommy playing with horse models is charming. What horse-hungry child hasn't done this? 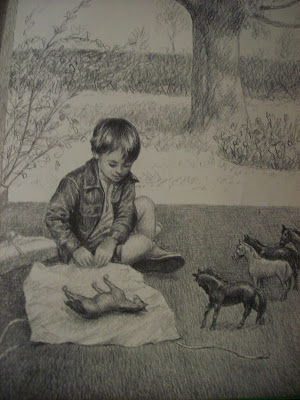